Alright.....starting yet another personal project (okay, my son's project).

My oldest son really, really (really) likes the Mustang II. Go figure. I actually don't mind the car, when it has the Cobra aesthetic package.

He and I will build this car over the next two years in anticipation of him starting to drive. (actually we'll build it over the next 18 months, I want him to learn to drive on his own car).

Now, people have asked me about allowing a 16 year old to drive a rear-drive V8 car. My response is this, #1) he will be building this car putting in his own time and labor, #2) while I supplied the project, it is up to him to provide the parts he needs (well, I'll take up to about $3K from him), and #3) he will be the only person in the area daily driving a restored Mustang II (with Cobra package), the more he drives it, the more people will notice and know who's car it is. So if he gets out there acting like a jackwagon......I will be the first person they call. He knows this!


So, here is his project.....he is going to paint it black with gold Le Mans stripes (but he doesn't want to put the Cobra side stripes on the car). The entire car is here (in the hatch, on the shelves, etc, but the car is complete).....so you have to see the car for what it CAN BE not what it CURRENTLY IS... 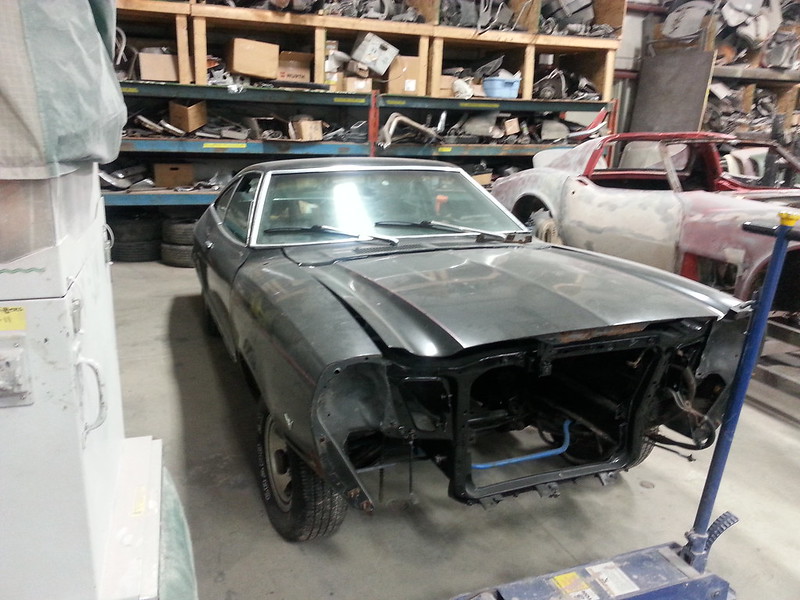 So while it is a V8 car, I am going to limit him to 200bhp. The car came with a rebuilt 289 with 10:5 compression pistons, etc. Basically a 289 built up like a K-code (270bhp, probably more with modern components) but he isn't getting that engine. It is already an autotragic, he can learn to drive manual on the Vette.

I also wanted to give him the reliability of a modern fuel injection power plant. So what I've done is gone out and purchased a donor car, a 1993 Thunderbird with 5.0HO and AOD. It is a great running car that had been rearended and I got for a song. So from it I will pull the 200hp 302HO, wiring harness, computer, and AOD. The mustang currently has a 2.79 rear end, and I will probably put a 3.25 or 3.55 in it, not quite sure yet. I want him to have respectable pull off of the line, but don't want him trying to film amateur "Pinks All Out" episodes. Although I don't think even 3.55 would be too much with 200hp even in that light car.


Here is the donor car I picked up

DISCLAIMER: don't expect an 11 week restoration! This will be a much slower moving thread than the last one!

This is the look that he is going for.......just without the rocker stripes or snake decal

My first car was a Mustang II Ghia. Silver with burgundy interior. Its styling was not ageless and the engine was gutless.

I look forward to this thread. Keep the updates coming.

The Cobra II was not a bad looking car. Subbing for follow-ups!

I'm a sucker for a Mustang!

Well, been slow going as this is our busy time of year and I can't justify working on "my own stuff" when there is a shop full of work to be done!

However, my son has been inventorying and getting his car ready to work on. He found that the doors needed to be replaced and there were some other parts that buying a second parts car would be beneficial. We went down to Knoxville to pick up a '76 as a parts car for this one.

It has ended up being a much more solid car.....but I figured it would be being a southern car. 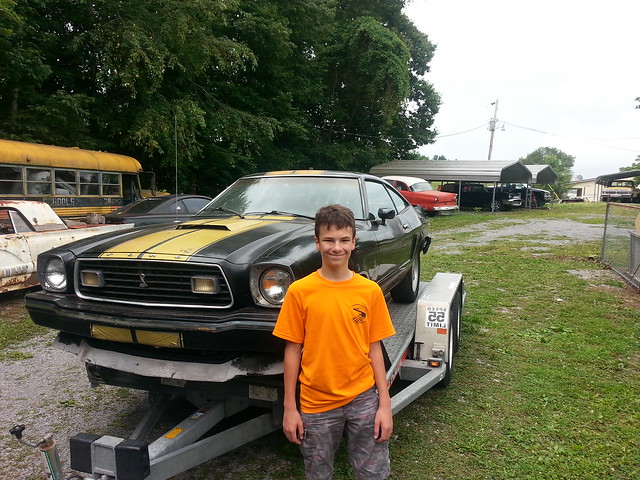 So it looks like we will be building the '76 Cobra instead. As an added bonus, it is in the color scheme he wants (although it will need paint).